The History of the Suffolk Punch 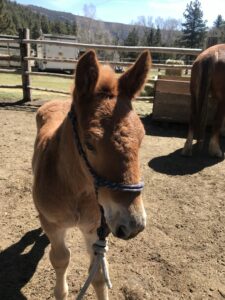 Two summers ago, in 2016, Doug (the main owner of the ranch and a long time teamster) bought two Suffolk Punch mares, a historically English breed, in Iowa, named Kate and Ivey.  The owner said there was a possibility that one was pregnant, and sure enough, in the spring of 2017, Prince William was born.  He was leggy and gangly, and totally adorable. To add to our small Suffolk herd, we exposed our mares to another Suffolk stallion last summer, and in March 2018, Prince Harry was born out on winter pasture. Since we need outside blood for our little herd, we castrated Prince William this weekend and will AI (artificially inseminate) using sperm from another outside stallion to breed the mares back.

Now that we have four Suffolk Punches, I have been learning more abut the breed, and its unique history and rarity in the horse world today. The history told by the American Suffolk Punch Association is very interesting. Tracing back to the times when draft horses were used in wars and combat in England, the farmers in the Norfolk and Suffolk counties began to develop their ideal breed of work horse to have on their farms for agricultural purposes such as plowing or pulling a cart. The horse they consider the foundation stallion was foaled in 1768. 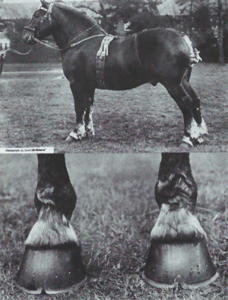 The traits of the Suffolk Punch breed are pretty specific. Their color has to be chestnut or sorrel, little markings on their face, and their coloring pales on their legs. They were also bred for their good disposition and willingness to work with great endurance and heart. Their conformation, or build, is also specific to their breed, being thick through the neck, and from the withers and legs, and densely boned in general.

Because these horses were bred specifically for the use on the farm, there was seldom need to sell them so the breed stayed in a small community for a long time before we began to import them to the United States in the 1970s. Today, there are just a little over 550 Suffolk Punch horses registered in the United Kingdom, and about 600 in the United States according to The Livestock Conservancy. 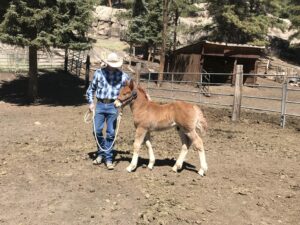 We are a part of the American Suffolk Punch Association, and Doug is a proud breeder of these amazing horses that we seldom see working any more.  Perhaps we can make a dude ranch horse or two of them, whilst doing our part to preserve the breed!

To see more pictures of Kate, Ivey, Prince William, and Prince Harry, and keep up with their progress, follow us on Facebook! Click here to see Prince William the day he was born.