Spring on the Conejos with Sam


Sam, fly-fishing guide and friend of the ranch for four years, wrote a great blog on his time on the river this past month.  While he is not returning to the ranch this summer since he is going to Alaska, he has been a big part of many wonderful memories for our guests on the river over the past few years.  We were so glad to see him during the Conejos Super Fly Tournament, and we wish him nothing but the best in his next endeavors. He will always be welcome here! 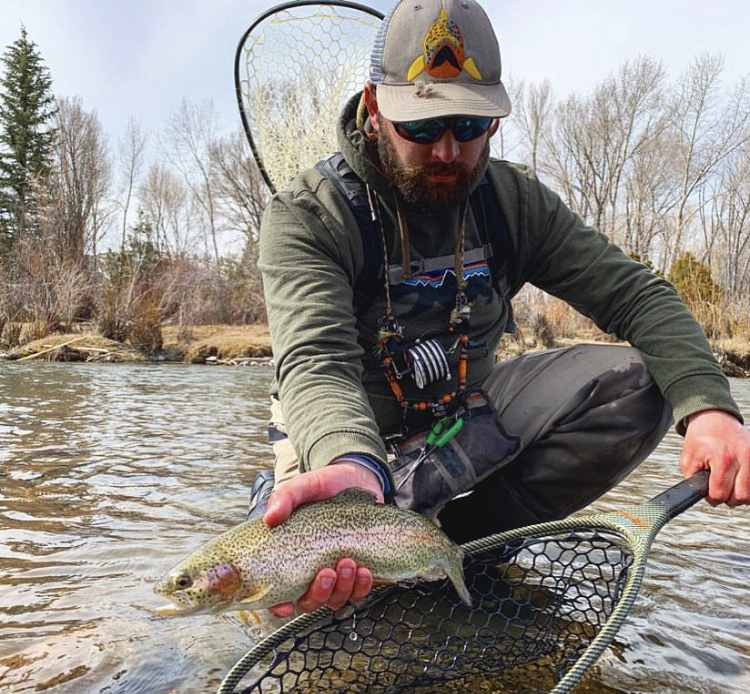 What a time to be in this wonderful state. The snow is finally melting, the people are shedding their winter layers, and the weather is as unpredictable as it ever is. There are so many activities becoming available by the day. Whether it’s hiking, skiing, climbing, biking or whatever it is you enjoy, there is something for everyone to do.

One aspect of spring in Colorado that is often overlooked is fly-fishing. Just like all of the other animals in Colorado, the trout begin to wake up a bit when the weather warms up. The trout have spent the entire winter sitting on the bottom of the river, feeding on mostly tiny insects just to keep themselves alive. Some were even hidden under a layer of ice, depending on what river they live in. Regardless, the trout have finally come back to life and they are hungry. This includes the trout at the ranch as Derek and I found out when we participated in the Conejos Super Fly Tournament a couple weeks ago. After having fished all weekend and doing very well in the tournament, I thought it would be good to talk about spring fishing in Colorado and why you should consider making a trip to that magic little part of Colorado to wet a line.

So why is spring such a great time to fish in Colorado? It’s pretty simple actually. The fish have been sluggish and mostly stationary all winter long, not able to expend much energy to feed voraciously like they do during the summer due to the colder temperatures. They have spent 5 or more months hunkered down on the bottom of the river.  So when those warm rays of sunlight start to hit the river in the springtime, the fish start to come alive. Bugs that have lain dormant on the riverbed begin to rise up through the water to hatch. The fish follow suit, moving up in the water column to feed on these bugs. Mostly, fish are feeding on midges, baetis, mayflies, and stoneflies subsurface, but if you find yourself fishing into the evenings there is a very good chance that you will be able to entice a trout with a dry fly as well. The abundance of food and warmth are a perfect storm to catch many fish. 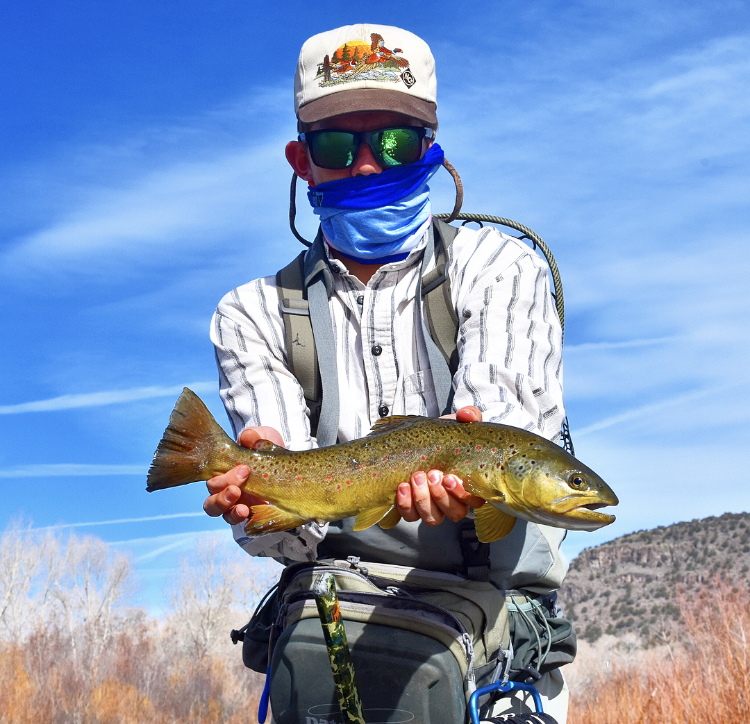 Another reason that spring is so good is because of the milder weather. Just like the fish, humans tend to come more alive when the warmer months finally arrive. This past winter was my first full winter spent in Colorado. Growing up on the east coast, it was pretty much unheard of to go trout fishing with flies in the dead of the winter months because of the temperature and the fact that most streams freeze. If you’re a die hard fisherman like me, you find yourself fishing in temperatures that most would call you crazy for being out in during the winter. So when that spring sunshine hits, it is a welcome relief from the blistering winds and temperatures that winter holds. It also makes a day on the water much more pleasant with less chilly hands and less frozen lines/rods.

One final reason that you should come fish the Conejos during the spring is the high water. Rivers in Colorado for the most part, run pretty low during the winter time and thus, the fish are much more wary and picky when it comes to what they will eat. Once the end of April comes, the water begins to rise. While the high and typically muddy water can be intimidating for a lot of fisherman, I personally think that it is one of the best times of the year to catch fish, especially big fish. The muddy, off color water provides a lot more cover than trout typically see during the rest of the year so that makes them more willing to move into spots that are much easier for them to eat and people to fish. Another reason high water is productive and fun, especially on the Conejos, is because the higher water tends to pick up bigger bugs and the fish start to key in on eating these bigger bugs. I’m talking about size 10, 12, and 14 stonefly nymphs. I find that fishing with larger nymphs tends to be a bit easier, especially if you are a beginner fly fisherman or have trouble working with really small flies. They are also much less annoying to tie on to a 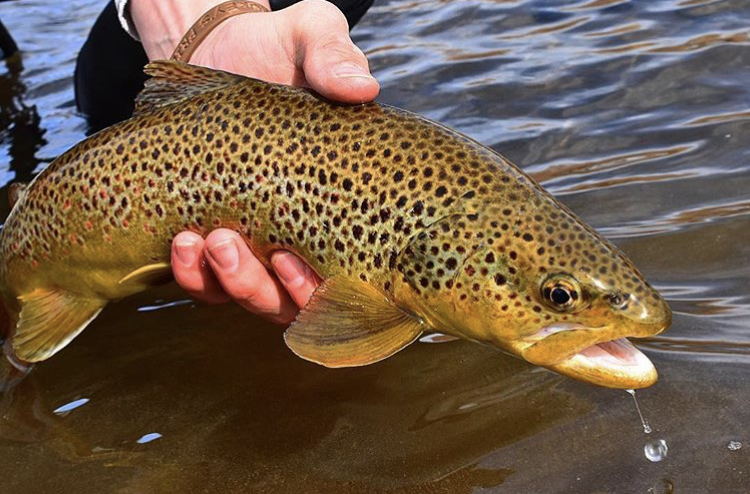 As you can see, there are plenty of good reasons to make a trip down to the ranch to fish before the summer. However, if you can’t, do not fear! If there any of you that are from Colorado or spent a week at the ranch last summer, you may have noticed that the river was quite low. After having spent 4 years working at RTR, I can say that the river was the lowest that I had ever seen it. This was a directly impacted by the lack of snow that we received in the winter of 2017/2018. Every winter, the Rocky Mountains of Colorado and the rest of the west, receive an amount of snow that stays in the mountains on the ground all winter long. This “standing” snow is called the snow pack. When spring and summer come around, this snow pack melts into the water that feeds our reservoirs and eventually, allows our rivers to run fast and strong throughout the summer. Last summer, the snow pack average state wide was at 64%. This means that the entire state had standing snow that was 36% less than what is traditionally expected during the winter. The Upper Rio Grande water drainage, which includes the Conejos River, had the worst snow pack of all the Colorado drainages, coming in at a measily 33%. In turn, this lack of snow made for very little water and a difficult summer of fishing at the ranch. This past winter however, I am happy to report that the statewide average snowpack is at 136% of the expected average and the Upper Rio Grande drainage is at a whopping 145% snow pack, much better than last year. So what does that mean for the up coming summer in terms of trout? Three things: Lots of water, lots of happy and healthy fish, and lots of happy fisherman.