One of the biggest updates to the ranch in 2019 was the completion of the newest building which has come to be known as The Fort. It includes staff living quarters, a spacious mechanic workshop, and most importantly to the horses, a Fodder Room dedicated to the expansion of the fodder production.

Fodder is the term 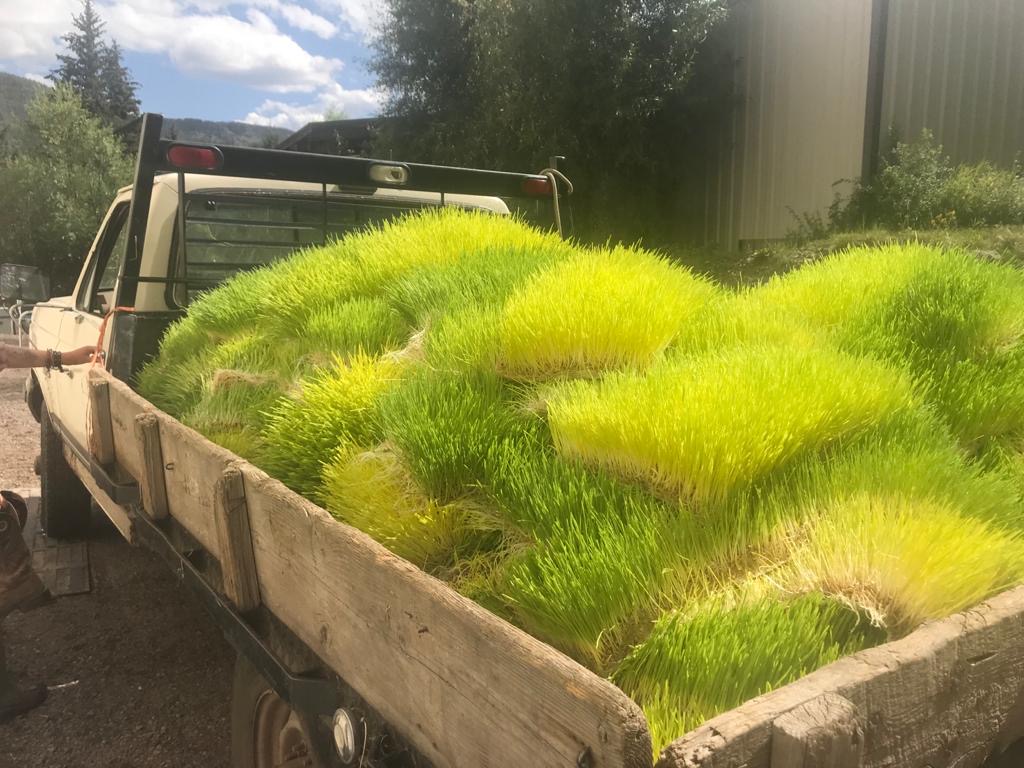 for hay in Australia, from which came the development for the hydroponic hay system in which the Van Berkum family became invested in 2014 after Doug read an article about it.  This particular fodder is a barley hay, and it has become a great asset to the horses and thus to the riding program.

Each afternoon we harvest the fodder for the day, stacking it on the bed of a truck to be tossed out in the pasture on top of the hay that we have already scattered in the huge inside-out feeding tires, usually in the morning before rides. Feeding it on the hay ensures that it is more evenly spread out so that each horse has a chance to get to the nutrient rich fodder, as well as keeping it out of the dirt.  We also don’t want it to dry out as it has a very high moisture content, so we try to feed as close to herd turnout as possible. 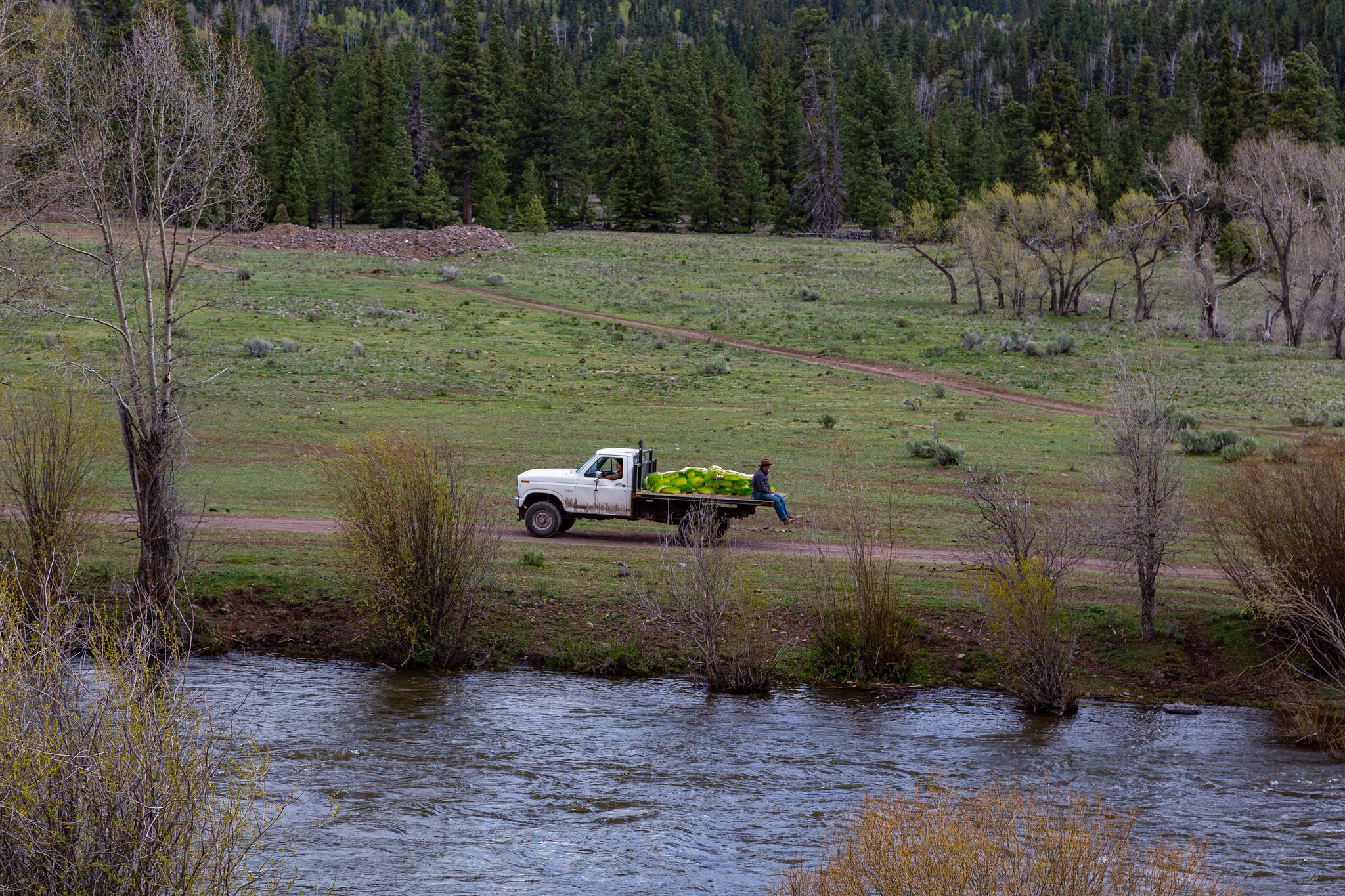 Once the biscuits of fodder have been harvested and a crew goes out to throw them, the rest clean and reseed the trays and then place them on the racks, sliding them forward each day.   It takes six days from seed to feed, and the horses love it!

Since implementing the fodder into the feeding regimen, David and Jane say that the overall condition, health and hoof quality of the horse herd has improved. Enough that they were willing to double the production. In 2014 the fodder machine was producing about 1000lbs a day.  Now, with the new dedicated Fodder Room, we are producing just over 2000lbs. We always feed this in addition to alfalfa and grass hay, and salt and mineral access, in order to provide a well-balanced diet. Coupled with live water from the Conejos River which runs right through the pasture, the horses are clearly thriving. 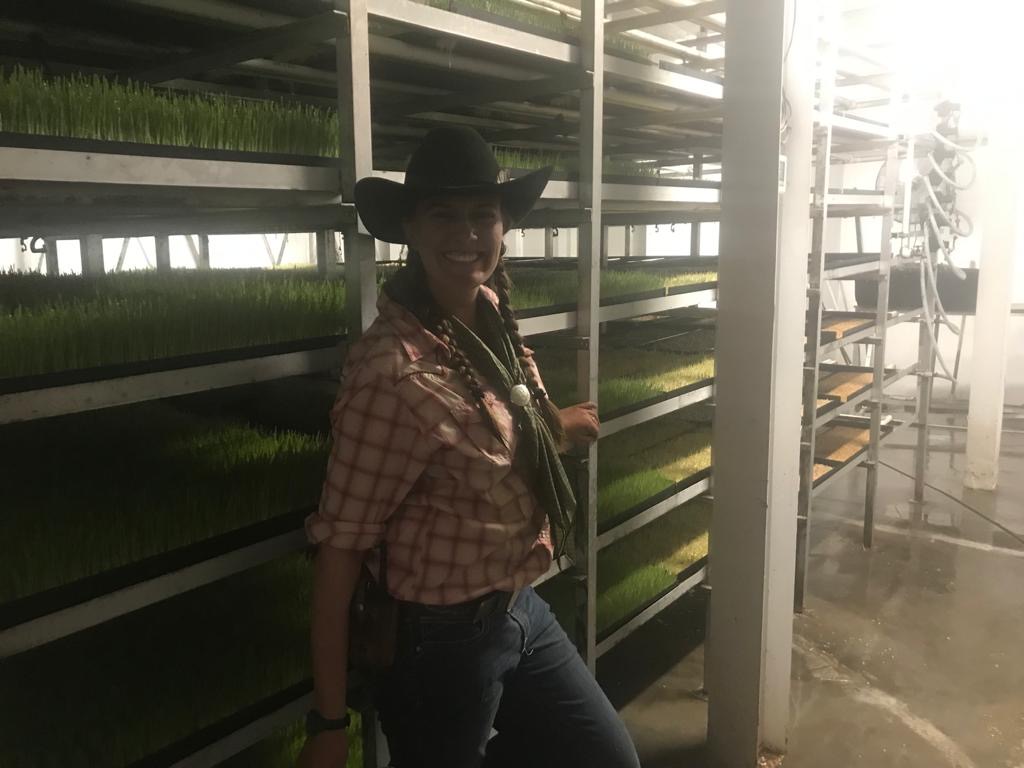 When you come to stay with us, we would be happy to give you a tour of the system.  We are proud of what we have accomplished, and of the incredible work and effort that Doug, David and Ronnie have put into making this whole thing a reality. You can even be a part of the process if you like. The teens often love jumping in to help feed and we love having them!