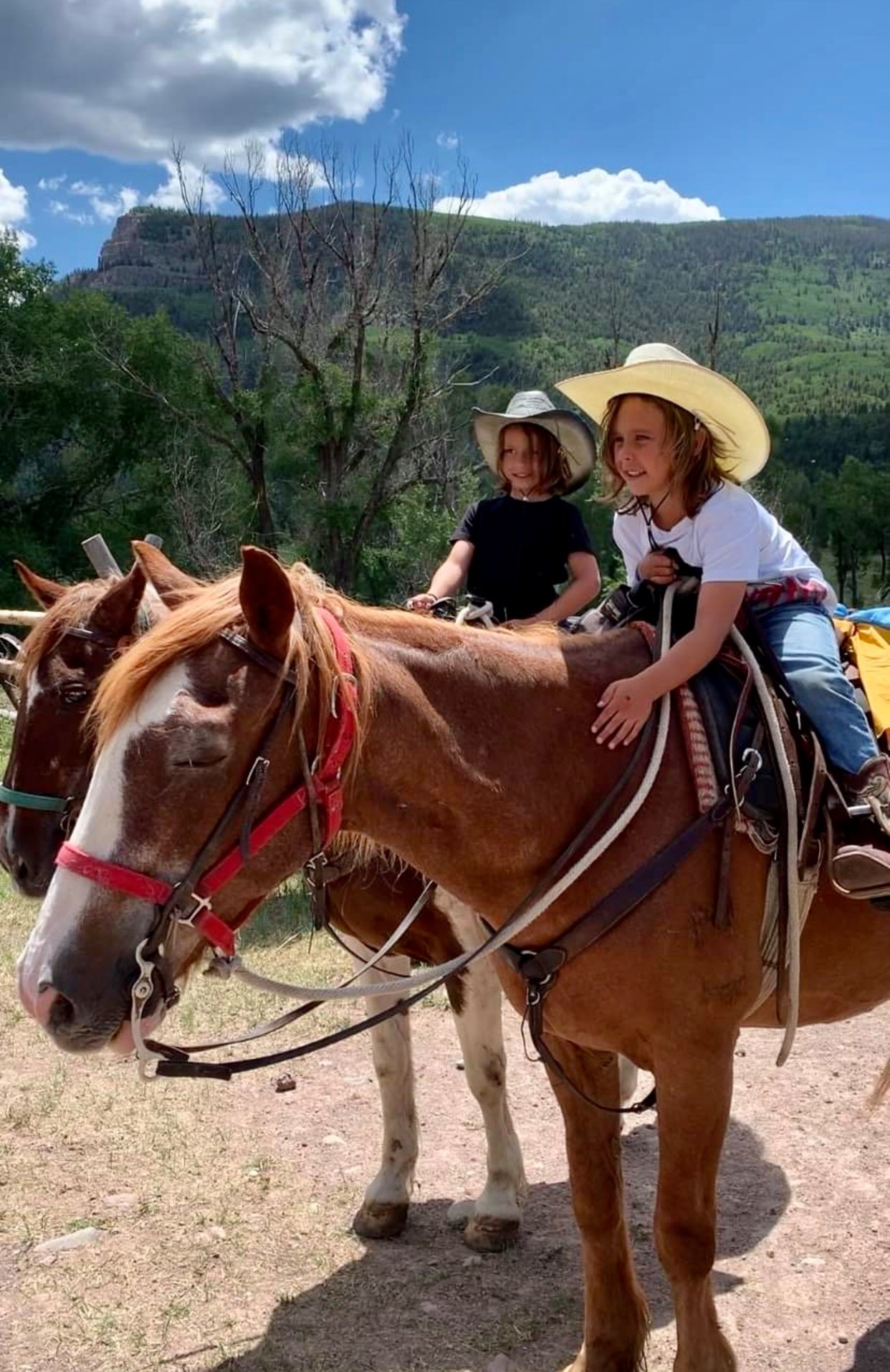 “One of the most unfair parts of loving horses is that they don’t live as long as we do.” That’s a quote from Jane, in a conversation that began as she was telling me about the peaceful, but saddening, passing of one of the greats of the RTR herd, Santa Fe.

It’s never easy to say goodbye to a horse that has been so wonderful for so many years. He arrived at the ranch in 1996, and Jane says math puts him at no younger than 31. That is an impressive age for a horse!

In his years at the ranch, he carried many an adult, teen, and then graduated to the most prestigious group on the ranch: the Cowpokes (6 to 11 years old). And finally, he became the Buckaroo horse, being led around the ranch by the counselor, with little 3-5 year old cowboys and cowgirls safe on his back.  We never worried about him. Ever.  He just did his job and took care of all his riders, no matter the age or ability. He was genuine and kind. 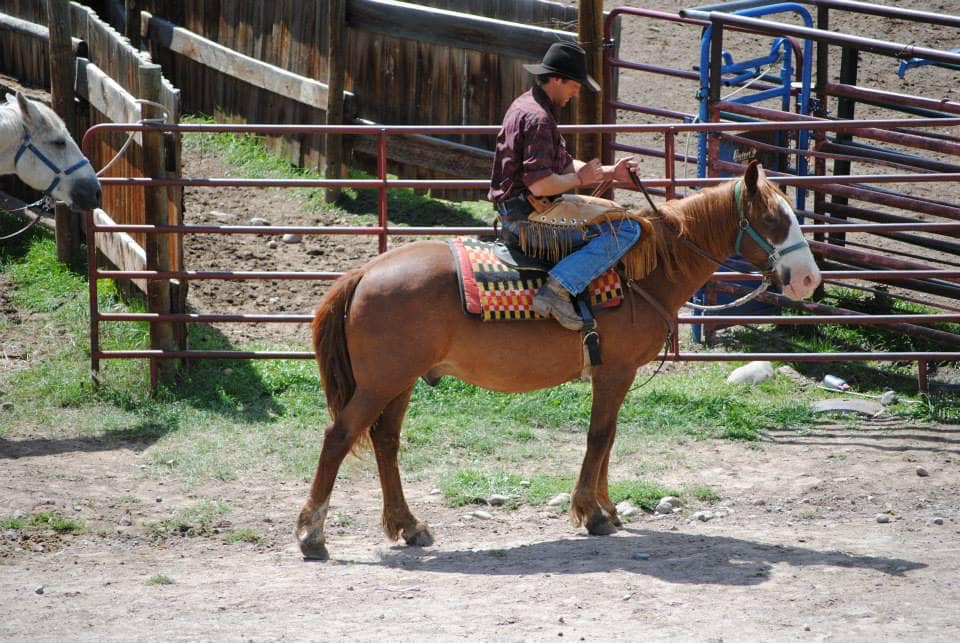 When Jane announced his passing on Facebook, it was incredible to see the pictures from over the years that people shared, accompanied with heartfelt stories and warm memories. That’s what dude ranching is all about. Not just the scenery, not just the food, but the mark it leaves on your heart. Santa Fe was nothing short of exceptional, and it was very obvious as I read comment after comment of condolences and photos of him carrying riders over the years.

Jane’s words on him passing: “This past year Santa Fe has been gently retired with another RTR legend, Cheyenne, who has been the final love of his life. When we moved the horses to winter pasture in the San Luis Valley this past fall, we kept Santa Fe and Cheyenne here at the pens near our house on the ranch so that we could baby them and keep a close eye. Every morning as it gets light, we look out to see them close together as always, getting ready for the sun to climb out over Monkey Face. Two days ago, it was the same, and later, they were feeding at the manger that David keeps full for them. Afterwards Santa Fe wandered over to have a nap in the morning sun, and quietly left us. We knew it was imminent, but it still makes us sad as he has been with us for nearly twenty-four years and we love him dearly. We console ourselves with the fact that he truly had a great life here at the ranch, much loved by so many.” 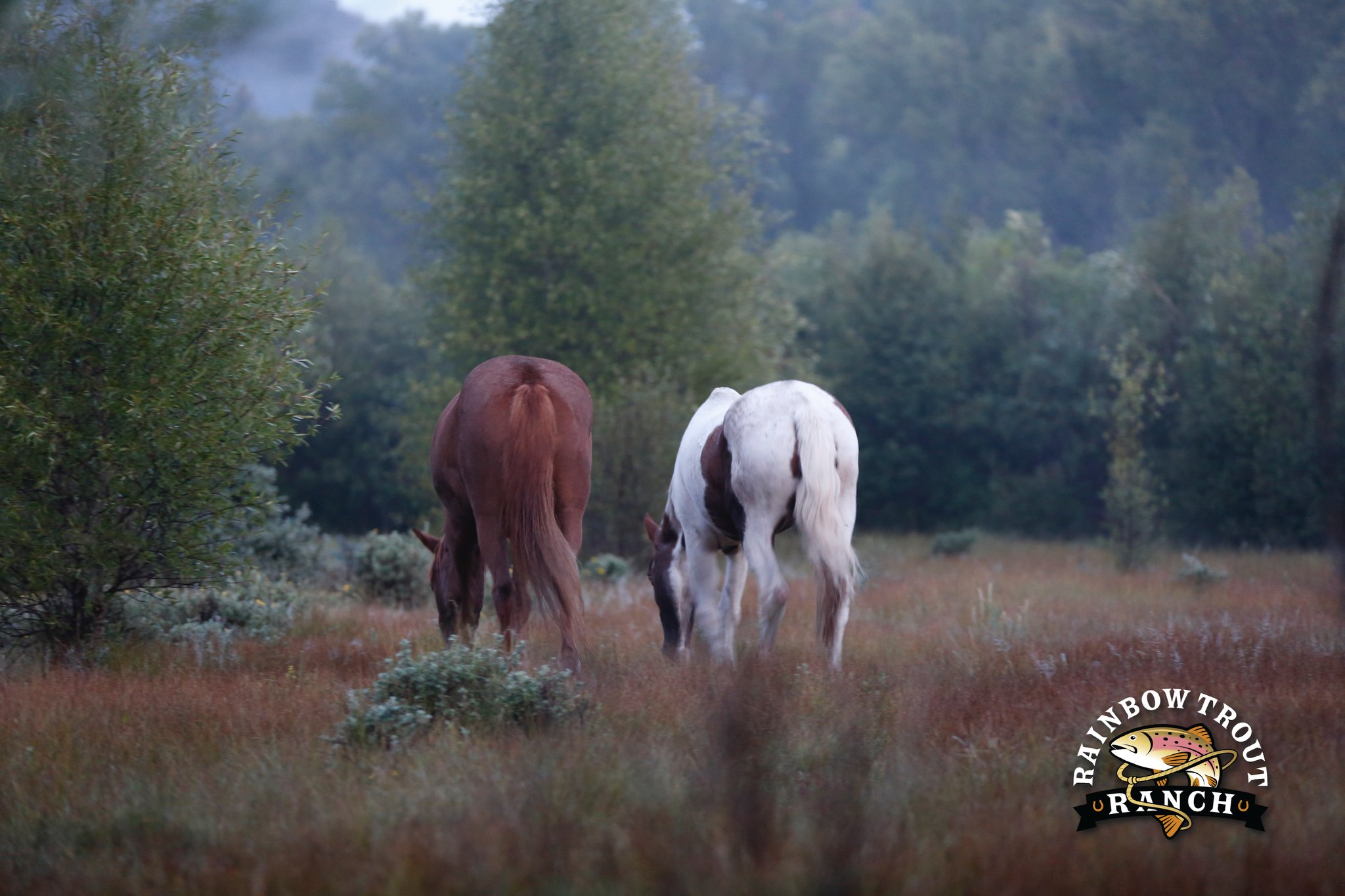