One of my goals this winter was to read more, something I used to really enjoy as a kid. The more intense school became, the less inclined I felt to read as an extracurricular activity. However, academics have come and gone, and now I get to read for fun again!

I blew through a couple of novels that had been sitting on my nightstand for couple of years now, as they had been recommended by guests. Then, I got on to a book that’s been on the backburner of my mind for quite a while now: Father and I Were Ranchers by Ralph Moody, of the “Little Britches” series.

If you’ve ever had the pleasure of being at a Saturday night sing-a-long at the ranch, you might remember that Doug mentions the series as the night comes to a close. He makes jokes with his granddaughter Caroline over Harry Potter versus the old school cowboy stories. I can relate to Caroline – I haven’t read the stories about the west, but I can tell you all about Hogwarts! Thus, I was intent on changing that, and where else to start than the recommendation of Doug, one of the most honest cowboys I know.

To anyone who is wanting to have a better understanding of what it took to be a rancher back in the day, I highly recommend this book. I don’t want to ruin it for anyone who wants to read it, but the tenacity that Moody possessed as a young boy is impressive. From having his own little day job watching cattle, to teaching himself to ride and cowboy, he never gave up.He’s also held accountable for his earnings,  and responsible for the welfare of his horse. That’s quite a bit for a young man! I have to add, when he sees the cowboys for the first time, and he is in awe, I felt the same way when I watched (and still watch) David and Jane ride. 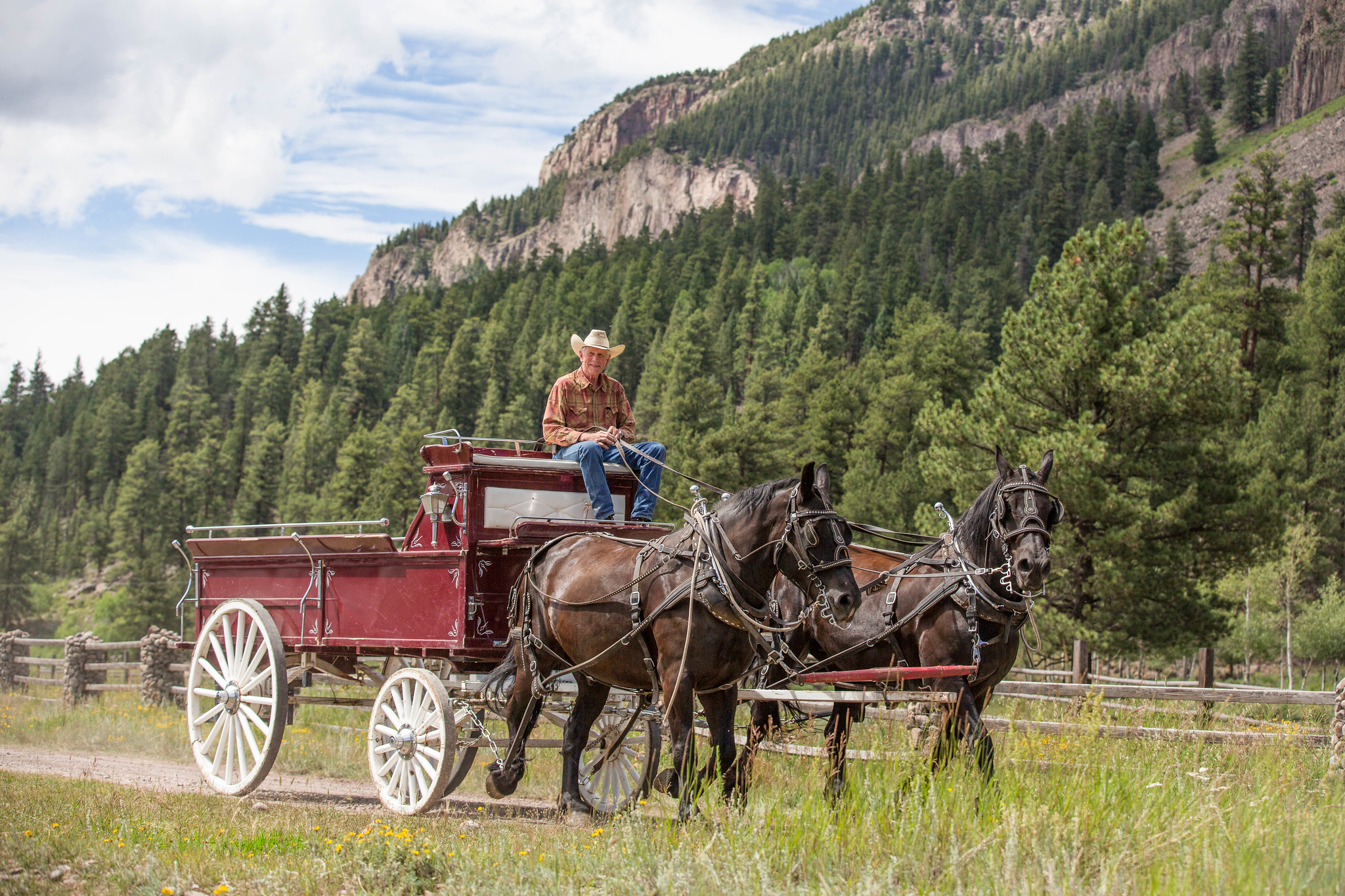 In that era of the west, no matter your age, you had to be tough. Otherwise, you wouldn’t make it through the crazy weather, the long days in the saddle, or the hard work that it took to be a real rancher. I can see why Doug loved these books so much, and why he recommends them to everyone.

If you’d like to read Father and I were Ranchers or any of the other books in the Little Britches series, I found my copy on Amazon.