The summer of 2020 at Rainbow Trout Ranch wasn’t limited to changes solely due to COVID-19. Our long-time western singer and songwriter, Will Dudley, retired from his dude ranch performances. There are some things in life that are inevitable, and he has been singing in this profession for quite some time – successfully I might add. With the announcement of his retirement, Doug and Linda and David and Jane were trying to figure out what they might add into the program in lieu of his performance.

Then the virus took America by storm, and there were bigger things to worry about. We were all just happy to have an opportunity to open! And open we did, thanks to the Van Berkums, my fellow staff, and amazing guests. 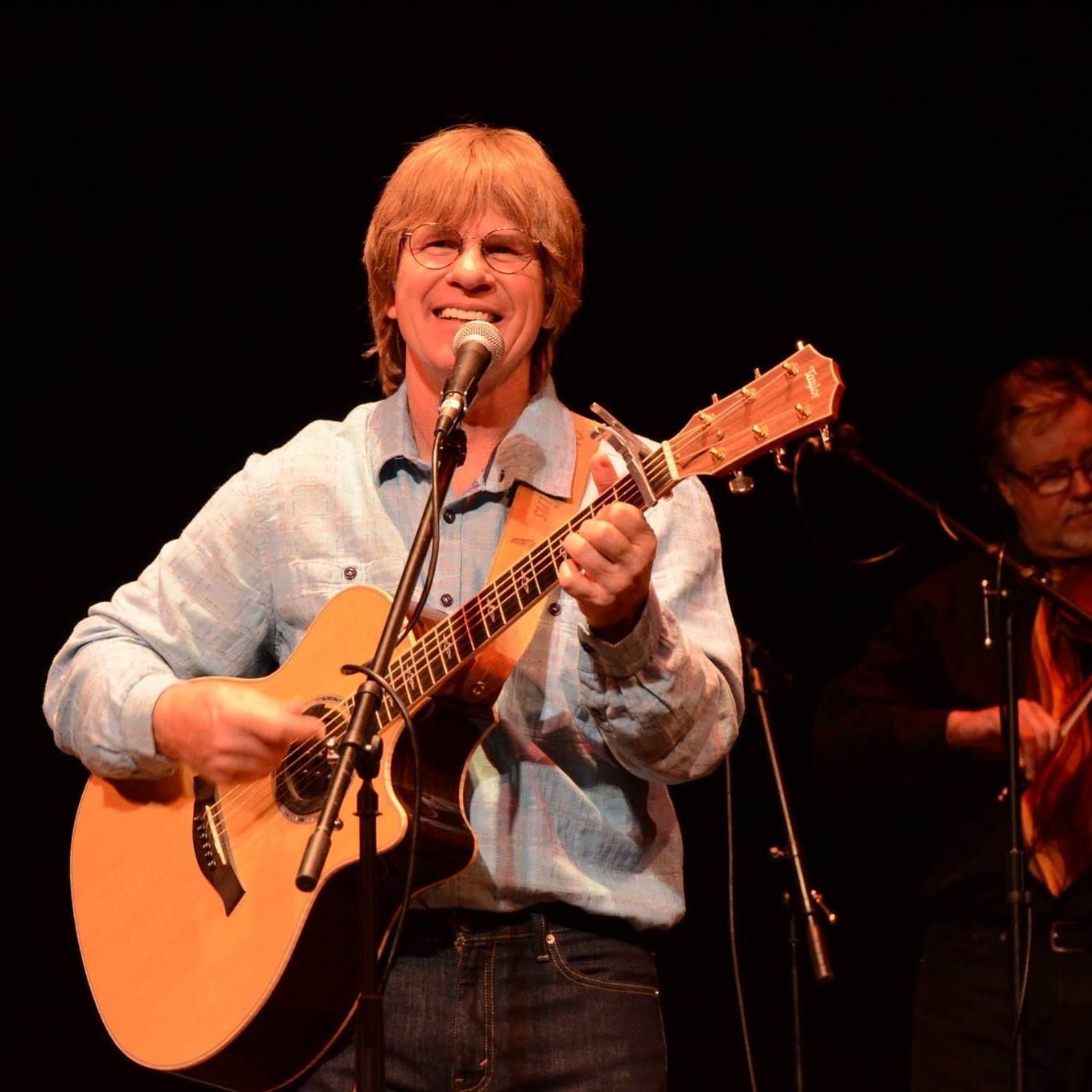 One day, very early in the summer, a gentleman pulled up, and he looked so familiar to me. I tried to place him in my mind, watching Jane talk to him. Then, bam, it’s John Denver! Wait, that’s not possible…?

Chris Collins had stopped by to ask if the wranglers didn’t mind being in a little drone footage he was looking to get for a documentary about John Denver and his music. Of course, every wrangler hopped on their horse, happy to be a part of the excitement. After the fun, he offered to come perform as a thank you. He has made a career singing John Denver music, amongst other classic artists, and he is incredible to watch.

On a normal year, Chris Collins is travelling the United States, singing for crowds of a thousand or more, and attending a whole memorial in Aspen that is all about John Denver. With the virus, he had been at home, like the rest of us, and was happy to come hang out with us at the ranch – a real treat for us! 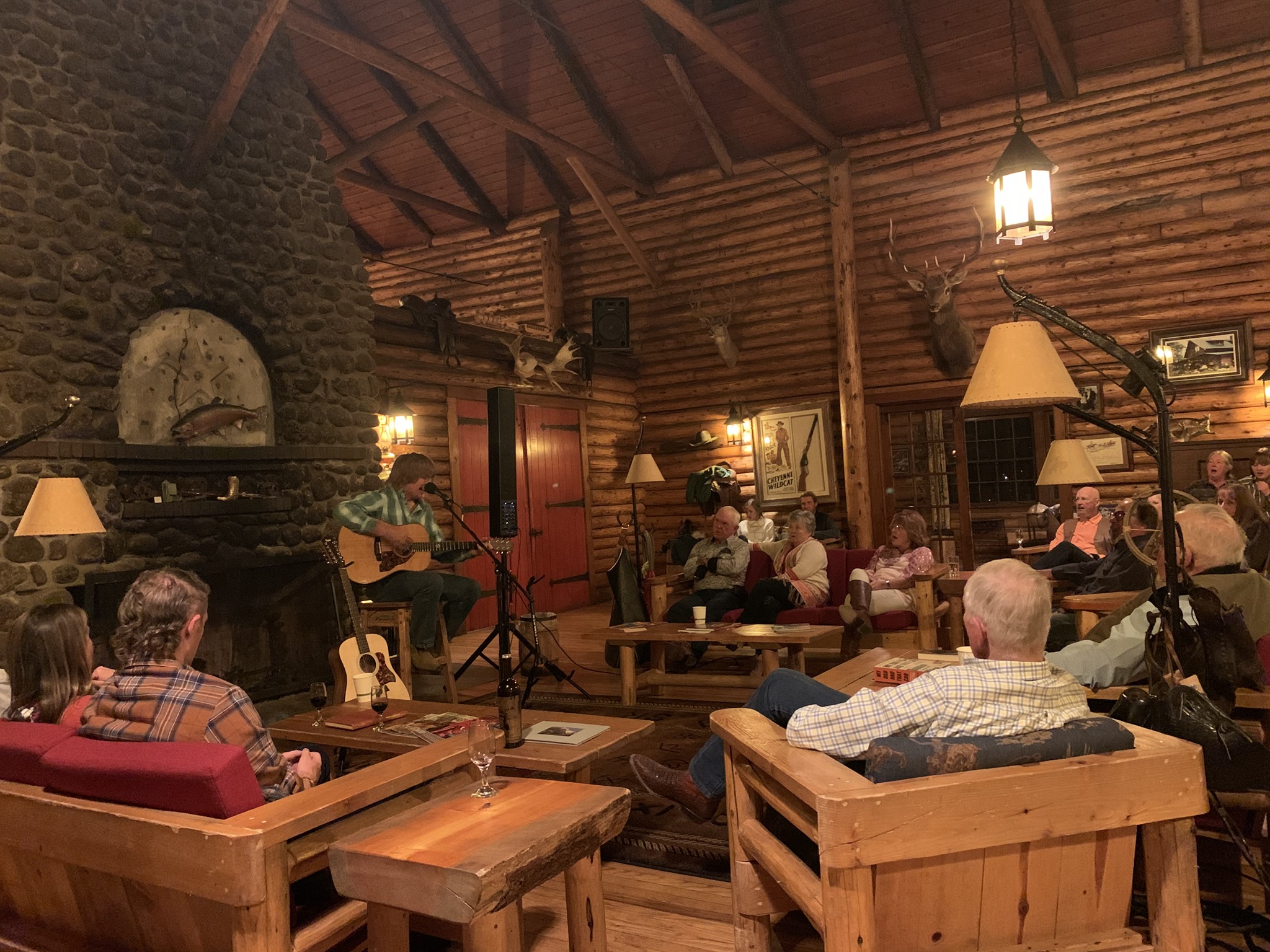 I, amongst other staff, attended with the guests in the lodge to watch him perform. He was marvelous, singing songs that David and Jane would sway in the back and sing along to, while some of them were new to me. He’s incredibly genuine in his love for good guitars and playing music. And, did I mention he was good?!

He took extra time out of his schedule to get to know a few of us along the way. Chris Collins is a man of many talents in addition to being a guitarist and performer, like photography, videography with a drone, and music production! He asked me if I would like to do some drone footage, he was envisioning a cliff or mountain top. I had a great idea, and we rode up Charity. He shared it with me, so graciously! 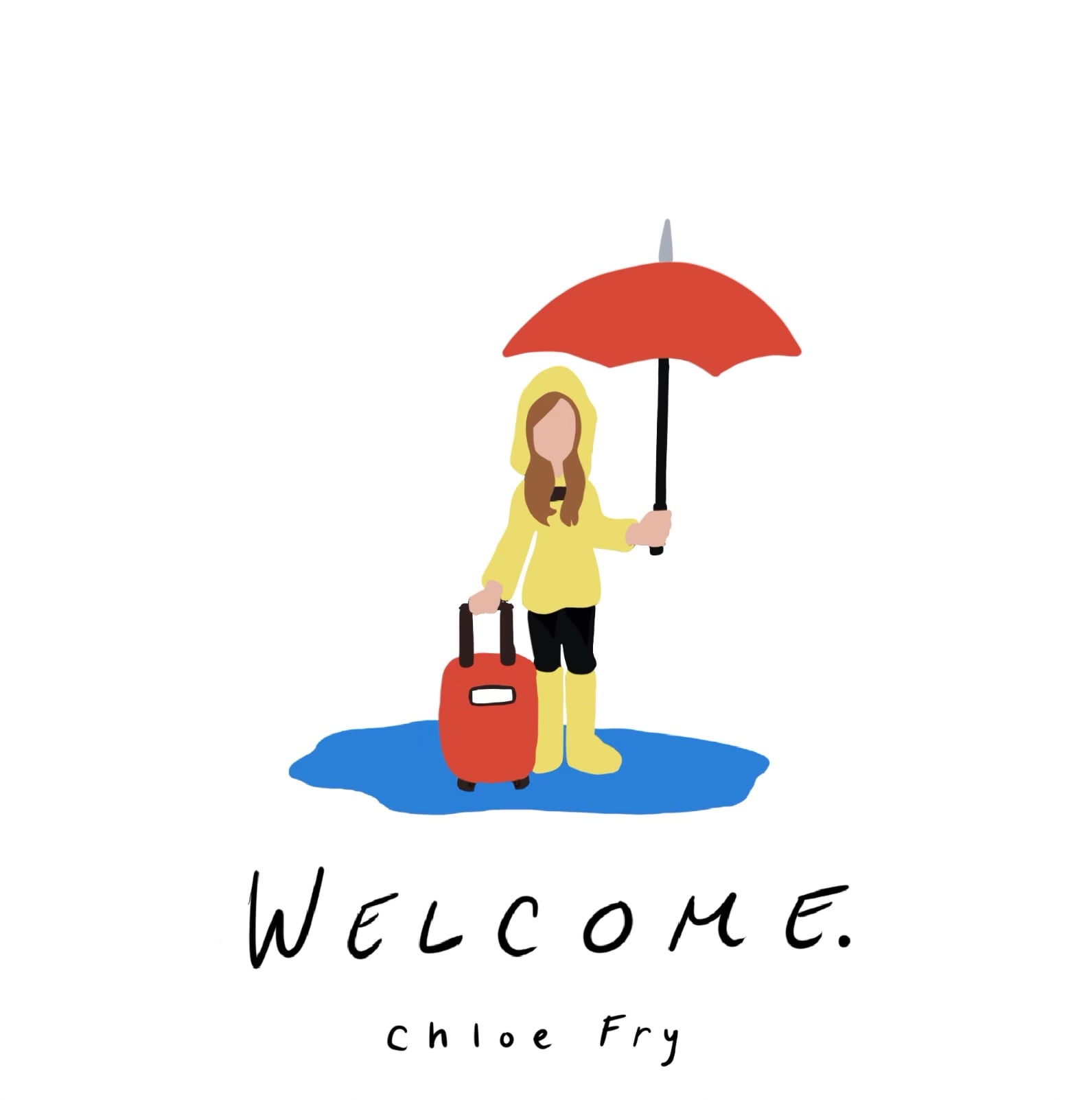 One afternoon he stopped by the lodge, and when he walked in, some of the staff was crowded around the piano. There are some members on staff that can play quite well, but one girl in particular was playing this day, and Chris had to stop and admire her talent. Chloe, a 3rd year staff member from southern California, was singing and playing an original song. After she finished, Chris took a few moments to talk to her, asking if she’d like to produce an album. A few months later, she’s getting close to releasing it! Click Here to go to her website, where you can keep up with Chloe, her album, and future.

All in all, 2020 has proven to us that we try to make big plans, but true skill is shown in times of adapting to adversities. I’m always amazed at the Van Berkums and my fellow staff members in how the summers are amazing, year after year! And, a huge thank you to Chris Collins for finding a way to share his talents with us at Rainbow Trout Ranch!